Currently I have benefits to cover the costs of my diabetes supplies. In Ontario we receive funding for our insulin pump - the pump is paid for and we are given a cheque every three months to cover the costs of  pump supplies i.e the tubing and sites.  The reason I have benefits is because my mom's benefits pay for me as long as I am in school and under the age of 25. When I graduate in 2014 I will no longer be covered and paying for my insulin and test strips will be my own responsibility. 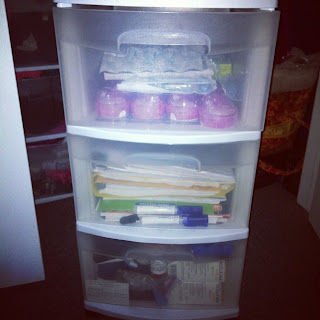 Last night I was being interviewed for a project and one of the questions was ''if diabetes supplies were priced more fairly, do you think people with diabetes would be more willing to take better care of their diabetes?' I had thought about this before, but not in the context of myself since a test strip doesn't glow dollar signs when I take it out of the canister. I thought about the stories I have heard of people not having enough money to buy more strips or insulin therefore not checking as often as recommended or taking less insulin than required. However, I didn't think that was the answer I should give because there are always two sides of every story.

I don't think that the reason people aren't taking care of their diabetes comes down to money - yes there are likely a lot of cases of people who aren't taking care of themselves because of money. But, I can think of plenty of cases where type one diabetics and type two diabetics that are not managing their diabetes and it has nothing to do with how expensive one strip is or five units of insulin to make a correction. It comes down to the emotional relationship a person has with their diabetes. For myself, I tend to check more when I know I have been 'good' compared to when I know I have been 'bad' with eating foods that don't work well with my body or I have been neglecting to take insulin for snacks.

We create a positive or negative relationship with our diabetes and often times money isn't a factor. Diabetes is a financial burden to everyone - even those with benefits are having an extra cost per month in dispensing fees and low food supplies.  But, when it comes to the 'willing' to take care of oneself, I believe that a lot of that comes within.

Saying that, lowering the cost of diabetes supplies should happen. In fact, insulin should be free because without it none of us would be here, alive and thriving today.