If you think you can't do something...think again. You may feel like you are have no impact because you are from a small town, you're shy, or you just don't know where to start but think again. Had I started writing this blog many years before being diagnosed you would have read about how simple of a life I lived with little ambitions and belief in myself. You would have realized that more than ever I was an average teenager and the thought of doing anything extraordinary was beyond my comprehension. 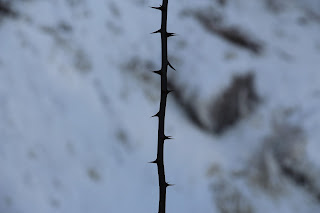 I know I am not the only one that felt that way as a teenager. I know how easy it was to get lost in the crowded classrooms, be forgotten about or not feel smart enough. Those peers in your class that seemed to get invited to everything while you felt like no one even noticed you and if they did it wasn't for things you wished they would notice you for.  Being a teenager was hard and is hard for those teenagers out there today.

I do credit my diabetes for my change in heart and mind, but I do wonder sometimes if being in my twenties would have also kick started my confidence and enthusiasm for achieving what once I felt was impossible.  Either way, however this all came about, the entire mindset I have taken on in the past four years has truly made me see things in a much brighter light.

A couple weeks ago when I was asked to climb Mount Kilimanjaro with other type one diabetics -  beyond being scared of the adventure, I sat back and thought about how lucky I am. Then, I thought about it some more...it isn't luck that got me invited to that trip - it was the mere fact that for the past four years I have been chasing opportunities, working hard at making a difference and reaching out whenever I could.

We tend to hear about the success stories without really thinking about the process. It's easy to write ourselves off and say that we will never achieve something or that we aren't 'lucky' enough for anything like that to happen.  However, I am just Kayla Brown from a fairly small town in Ontario, Canada, that was given opportunities because I decided to believe in myself and at least TRY to take every opportunity given to me.

So trust me when I say that that you CAN do something and you CAN make an impact.

Kayla
Posted by Kayla Brown at 9:53 AM