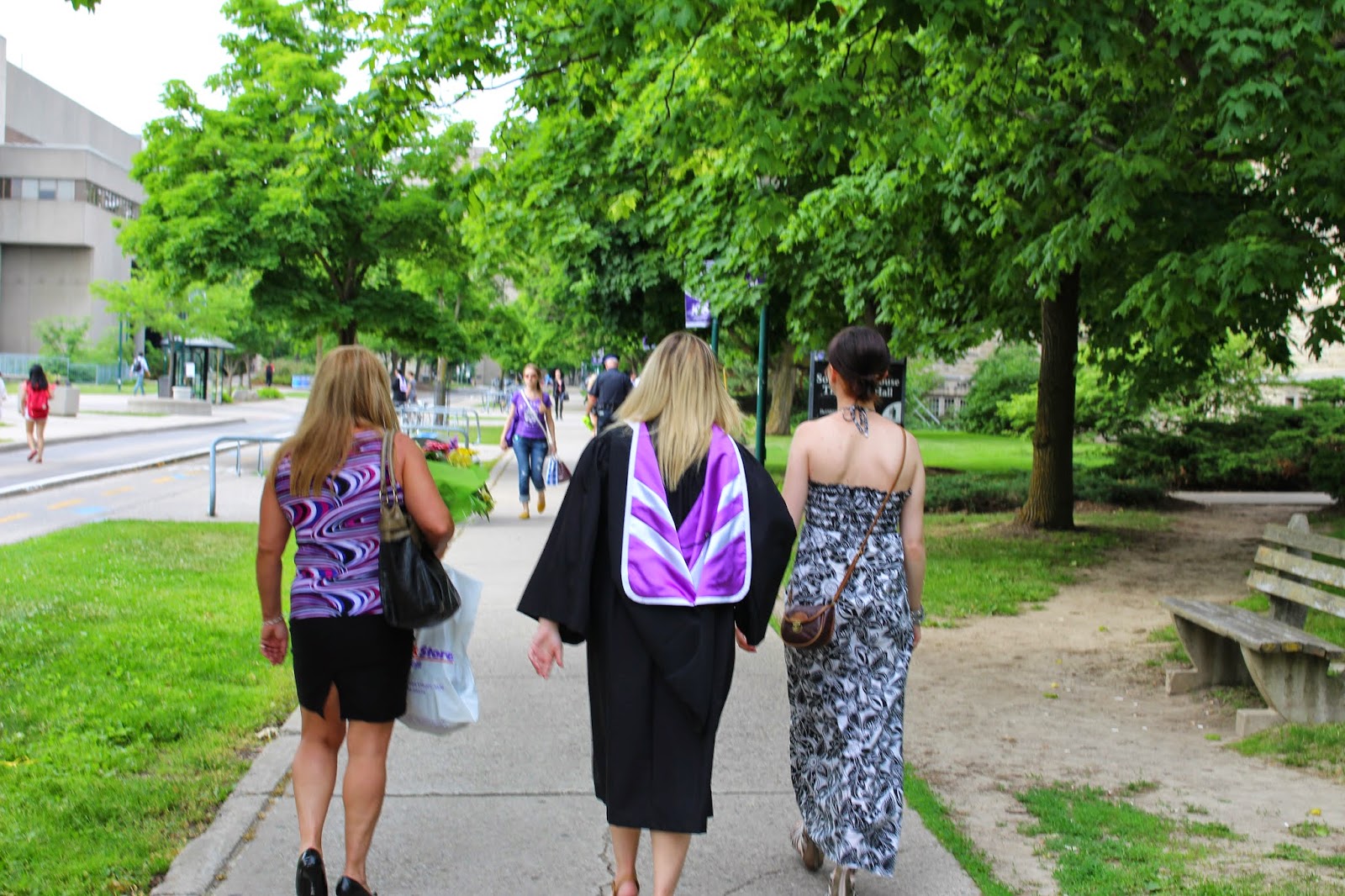 A lot of people ask me what I want to do and while I am twenty-five and thought by now I would have an answer I am still very vague when it comes to answering that specific question.  I feel as though I've got lucky along the way, getting jobs that I enjoyed and helped me network my way into others.  I did my short time in the fast food industry, I worked at a 24/7 Christmas store and I spent almost three summers changing diapers and singing The Wheels on the Bus at a daycare centre. Now, after finishing university I am working as a nanny for two families.  While nannying isn't my dream career; although I do have a lot of fun with it... I keep asking myself, "Why do I need to pick one thing to be?"

I think we put a lot of pressure on our youth.  Since kindergarten we get asked the same question, "What do you want to be when you're older?" While most of us answered things like the tooth fairy, a mommy or a teacher. Often we changed our minds along the years, so regardless our answers were 'of the moment' not a lifetime. Plus, it's not like because you say you want to be a tooth fairy in kindergarten they're going to start gearing your education towards the tooth industry - just doesn't happen.

So it's incredibly frustrating when I talk to young teens who are struggling with deciding what they want to do. The pressure of what college or university to attend or whether or not to work or take a year off to travel.   Of course the choice to do any of these things doesn't always depend on your 'choice' other things like finances and grades have a say as well, but I think as the 'older generation' including parents alike, should really demonstrate that making that ultimate choice isn't something to stress your heart about.

For me, I took a year off, I spent half the year doing a grade 12 math course; in which I barely passed, therefore it was quite useless to me. For the rest of the year I began working at the daycare, you know the changing diapers, wheels on the bus job.  During that time I decided I would go to college. How did I decide? I was at my grade 12 graduation sitting beside someone who I never had met nor seen before. He told me what college and program he was going into, I checked it out briefly (google) and applied.    I know it sounds like a simple choice and truly it was.  I knew I wanted to go to school, but I didn't fret over what I was going to be, because frankly I knew that I was always just going to be me, and the other things that I gained along the way would become apart of me, not the whole me.

My mindset was completely, 'Let's see where this goes!" and frankly, that's still my attitude.

After finishing the year of college, I decided to do another year. Why? Two reasons, doing one year meant a certificate, doing two years meant a diploma, one sounds better than the other.  Second reason, I could apply to go to Australia for school. Because? Australia.  While I was accepted to Australia I decided not to go, mainly because of two things, money and the 'beautiful by the ocean school,' was actually 'hidden in the woods, middle of nowhere school'  and I am deathly afraid of snakes, if that sentence makes sense.

After that I needed to continue to do something. While I wasn't set on becoming anything in particular, I knew that I wanted to keep moving in a forward direction. So moving back home and going back to diapers (for the children/not myself) wasn't what I wanted to do.  I applied to three universities and was accepted to all three. But I secretly wanted to go to the University that was in the same city as my College.  So I was pleased to be accepted and accepted their offer!

In the three years I changed my major twice.  Why?  Because I realized I had to take math for my first selected major and I wasn't willing to do that...like snakes, I am also deathly afraid of math.   So, I began my English major; which I often admit to people with my head down, as if I am telling them I can't sleep with the lights off.  I truly, choose English because I am good at writing and I enjoy reading, although since we're telling the truth, I hardly read any of my course material, but hey, I have a diploma on my wall....

Now, after graduating from both college and university, six years later, here I am.  No, I am not a doctor or a nurse, a teacher or a engineer, I don't really have a title but the ones that I give myself.  While, I can imagine how nice it would be to be lined right into a career, not having to worry about paying for insulin out of pocket... at the same time I can safely say I am doing okay and I am okay.  I managed to not fret about the big "WHAT AM I GOING TO BE?!" and just focus on being.  That's what it is about...at least for me. 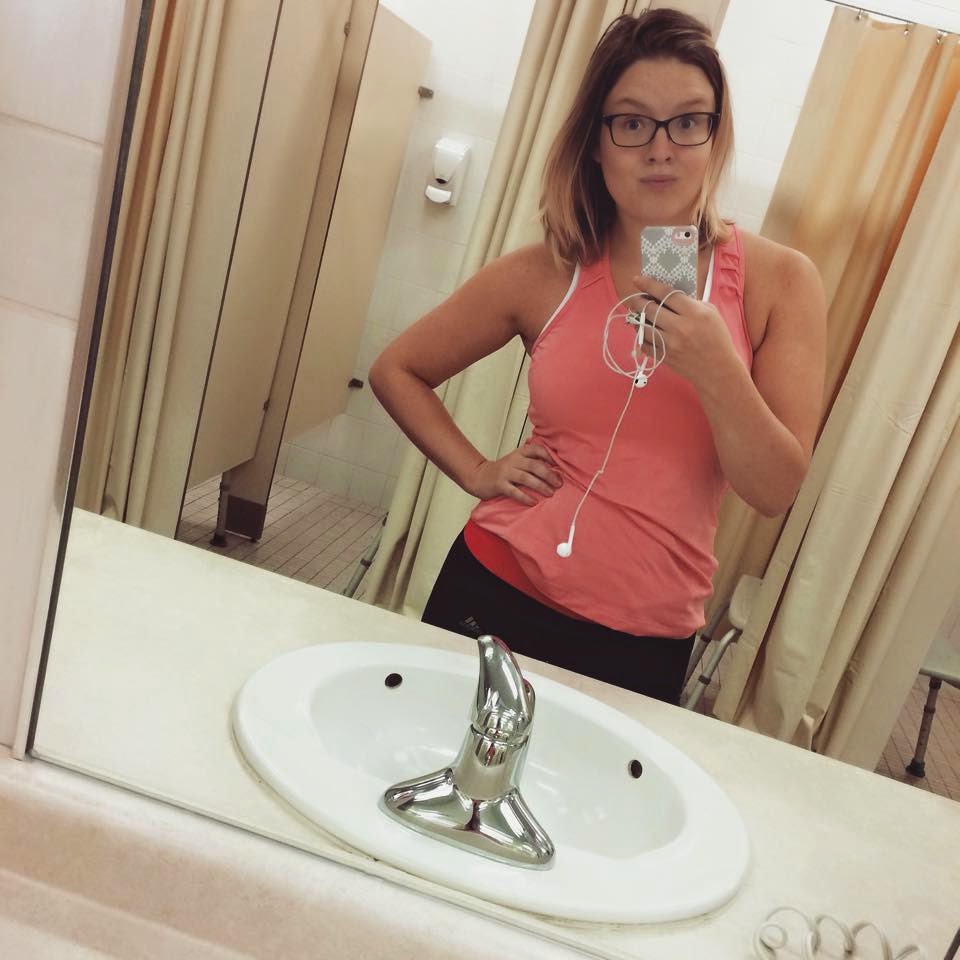 Lately I have been on a 'health kick' - I am trying my hardest to make it a lifestyle because we all know diets end, kicks quit and life happens.  I want to be a healthy person and in saying that I don't want to feel the weight of bad eating habits, on my body or my mind.  I like the feeling of finishing an hour at the gym, the feeling of fitting into a size six or the feeling of empowerment when someone tells me that, "I look good"  - these are things I like, so why do we sometimes quit feeling good?

I think the issue is that for people (like myself) who do enjoy bad food, and enjoy lounging, switching to a lifestyle of kale shakes and chin ups isn't an easy switch. It takes effort even if we feel awesome after doing such things. I have been living this lifestyle since February 2015, so I am in it for about 3 months... I have lost 10 pounds thus far, went from size 9 to size 6, and I have had much more energy (although some days, not so much).    The other challenge for me is putting as much effort into my diabetes - it doesn't always happen.

For me, making this switch is about making it public. I have to find a way to be accountable and for me that is through instagram and myfitnesspal.  Posting my triumphs, posting my food and keeping track of what I am doing/eating.  Some make fun of those that post gym photos or photos of their dinners; however no one is forcing those photos on others, so I don't see any issues.

Sometimes I think to myself how hard of a battle it is, I think, "Oh if I just lost 10 more pounds..." but when I think about how far I have come, I have to remind myself that I am okay the way that I am today.

What keeps me motivated isn't just the number going down on the scale or my pants fitting looser, it is the idea that I could inspire others, especially others with diabetes. I wasn't completely overweight to begin with, but I wanted to make a change. With the many obstacles that type 1 diabetes brings an individual, it's easy to use it as an excuse to quit. However, if there is anything I can promote more, is the infamous quote by Dori, "Just Keep Swimming."  It's so important to keep going in any pace or motion.

Kayla
Posted by Kayla Brown at 1:27 PM No comments: Links to this post 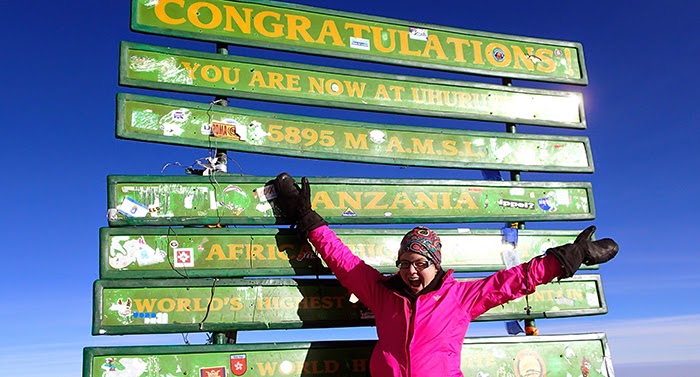 As some people know I work with teens on a weekly basis that live with type 1 diabetes.  A group that I created last July to give back to the diabetes community.  While, the group is small in size, it's large in discussion and passion.  We have spent a great deal of time learning about one another as well as helping one another.

Recently one of the teens brought to my attention an act of discrimination.  After practicing for months for a school play, she has been 'let go' due to her diabetes. Stating that her diabetes (going low) is an issue. I was instantly baffled and wondered a few things, how can a school discriminate in such an obvious manner and since when is diabetes a reason not to do something?

I instantly thought of the numerous diabetics that I know that have accomplished a ton of amazing things while living with diabetes.  I know olympic athletes, dancers, backpackers and actors and not to mention, myself and many others who have climbed Mount Kilimanjaro. To say that a diabetic cannot participate in a school play is not only ignorant but ridiculous!  What it says to me is that those that made the choice to terminate her position in the play have taken little to no time to understand her diabetes because if they had, I am sure they would reconsider.

This isn't 1910.  We aren't suffering from our diabetes, we are thriving.  Yes, we go low and yes we go high, but that doesn't mean that we are incapable of managing our diabetes. And what happened to helping out one another, if I happened to go low at a party, I would expect a friend to help. But that doesn't mean I am dependent. If you collapsed of heat exhaustion, I would help you out, I wouldn't tell you that you're too much to handle.

This isn't right. Students living with type 1 diabetes shouldn't be criticized, punished nor ignored because of their diabetes. Clearly someone needs to google type 1 diabetics to see just how successful, talented, and independent we are.

Get with the times!

Kayla
Posted by Kayla Brown at 9:35 PM No comments: Links to this post