There are so many misconceptions about type one diabetes that we are constantly feeling like we have to defend ourselves when something happens. Countless times movies have loosely defined type one diabetes in a way that has people living with the disease fuming. However, since we are all educated in our own disease we do our best to educate the general public about what type one is and all that goes along with it. But imagine having a disease that people do have a general idea about, yet you still don't fit the picture they have boiled up in their minds?

I am talking about type two diabetes. Although most people don't know that it is even called type two. The majority of the random public knows that there is a thing called diabetes and that it happens to the old and obese. We know that this isn't true about any kind of diabetes.  Yes, type two diabetes can be found in the older population and it has been linked to weight and if we were to jump on the stereotype boat this definition would work.  But, there are people living with type two diabetes that don't look the part that society has so kindly painted for them.

As type one diabetics we get this all the time too.  We all get put into the umbrella of diabetes. Can you imagine if one thought everyone with diabetes was pregnant - in the case of Gestational diabetes.  We would have people telling us, "Well you don't look pregnant?"  The facts are that diabetes comes in so many variations beyond the medical labels and to give out labels, which society tends to do is not a good way of looking at it. 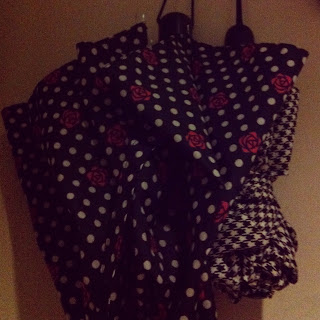 The Vice President of the Western Diabetes Association lives with type two diabetes.  He is athletic, he is smart and he is young.  To be honest even myself was in shock when he told me that he lived with type two.  I guess it truly shows how badly society has framed the disease.  He did admit that as a teen he was overweight, but genetics played a large factor in his diagnosis, just with poor eating habits he sort of triggered it a lot sooner than anyone would have hoped.

At our last general meeting he gave a talk about type two diabetes, which I found interesting.  Of course I have heard all the facts before and after working for the CDA this past summer, everything about nutrition is finely grained into my brain.  However, his personal take on life with type two was an interesting story in itself.

This is what made me think of how many times he must get asked like myself. But, instead of my out where I say, "There is two types of diabetes, I have type one, it can happen to children, youth, young adults..." he has to explain type two including some of the stereotypes that society already has ingrained.

I don't doubt that there will always be misconceptions about diabetes and that forever there will be that umbrella; however, it makes me happy that as a diabetes community we are very alive and full of educators.  We won't conquer the world turning everyone into diabetic lovers - but we will make a difference.