Last night as I laid down in bed I thought about what was making me so nervous about this adventure in August.  I kept picturing myself snuggled up in a sleeping bag in a tent on Mount Kilimanjaro thinking, "WHAT AM I DOING HERE!" I kept fearing that I wasn't going to be able to breath or that I would be sick because of the altitude or strenuous physical activity. I began to think about it more then it stopped. I thought to myself, how is it that I am terrified of all of these things and none of them have to do with my diabetes. 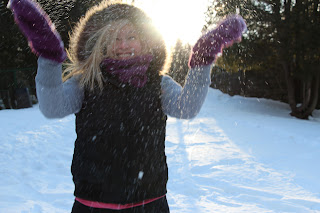 So many people in my life talk about my diabetes in terms of challenges. Like, 'it must be so hard to do this' or 'do you have to be careful because your diabetes?' Yet, here I am signed up to climb the fourth tallest mountain in the world not thinking twice about my diabetes. I began to think about it, mentally noting to write about it the following day.  It's so funny to think that not once have I thought of fears regarding my diabetes on this trip, like if I were to go severely low or not have enough supplies.

I think it boils down to two major things among many.  The first thing is that I am travelling with six other type one diabetics. Diabetics tend to pack enough things always as if they were travelling for a year. I believe that because I am surrounded by people just like myself, in the same boat, or same mountain if you'd like...I feel a sense of security. Not to mention there will be a doctor and a nurse. The second major thing is that the fears that I have are rational. I am scared there will be scary animals along the way, because that is possible and animals can be scary. I am scared about sleeping in a tent because I don't camp often. I am scared about not being able to make it up the mountain, and that makes sense because it's going to be a lot of work. However, I know my diabetes. I am comfortable with my diabetes and even though it's a roller coaster of a disease I am confident that I can handle it.

My project for the next six months is not only to physically get in shape for the climb, but to mentally as well. I need to get to a point like I am with my diabetes. Confident and strong.