People often tell me that what I did with my diagnosis is uncommon and by what I did with diabetes, I can only assume they mean turning it into more than finger pokes, carb counts and needle pricks. As much as I agree with them that it was a positive thing to do, it's hard for me to see it as uncommon because I have surrounded myself with amazing type one diabetics that do incredible things each and every day. However, I am not naive. I know that there are diabetics out there that aren't taking their diagnosis positively and may have given up. I want to dedicate this post to those people that are on the verge of giving up or may have already stopped checking, stopped caring or even stopped believing in themselves. 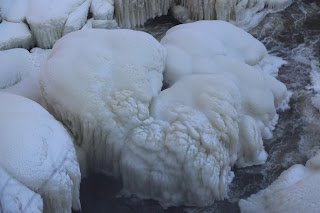 When I was diagnosed in 2009 I had no idea what kind of world I was getting into. A world of needles and finger pokes yes. A world that is unpredictable and full of mistakes, annoyances and fears.  Before this diagnosis I was an average teenager - I had recently lost weight (hello diabetes symptoms!) got a new boyfriend and for the first time in a long time I was feeling amazing about myself.   Then the D-bomb got dropped on me and I was lying in a hospital bed - I am sure everyone can relate.

When I entered the world of diabetes - I did enter it with a smile. And that's weird, I get it.  It's strange that I became more positive than I had ever been before, I wasn't feeling amazing about myself like previously because I had too many things going on to even think about how emotionally I was feeling about my appearance - but I was starting to learn a valuable lesson about life that would have never hit me otherwise.

In the past four years I have gone through life with diabetes. Either I was dragging it along with me or it was dragging me behind it.  Yes, I have felt the highs, the lows, the disappointment on endo's faces. But, honestly, there is so much you can learn from having to deal with something like diabetes. Those that are living with diabetes are fighters because every single day we wake up knowing that if we don't take care ourselves today there will be no tomorrow.