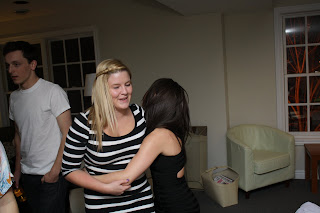 As a diabetic you must rely on things to work, like your pump or your meter. You just assume that your pump is working 24/7 and that your meter is giving you correct readings.  We just assume that all is in order because if we worried about it all the time we wouldn't be leaving the house quite as often.  Lately, I have had some trouble with my Mio inserts from Medtronic.
On a few occasions I have inserted them and when I pulled the needle out, the site did not stick! Now, changing your site is probably one of the biggest hassles of being a pump wearer, so after you've already taken the time to unwrap the product, get it ready, get up the courage to push the button, only to find your pulling the whole thing back out - you get a little angry.
After the fourth time (on different occasions) I decided that I needed to contact them.  I emailed them at first, but after getting some advice from another diabetic, I decided that calling would be best.   Right away I was transferred to a Medtronic worker in the U.S. He was incredibly nice and after talking a bit about what was wrong with the sites, he said he would send me a new box, no problem!
I was surprised at how fast I got to talk to a real person and how on the ball he was about sending me more Mio sites!
I guess it pays off to call!
Kayla
Posted by Kayla Brown at 5:49 PM