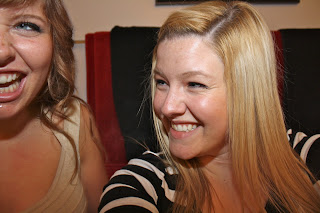 A lot of people are interested in raising money for causes; whether that be for cancer, heart and stroke or diabetes.  I know a lot of my own peers that are involved with various walks, pledges etc. for different groups even groups that have nothing to do with diseases such as groups that work with children.

Before being diagnosed I didn't do too much work with organizations; although I knew that it was something I could possibly be interested in. It wasn't until  I was diagnosed that I realized how much is out there for us to do and that it isn't just about raising money and scribbling down pledges in order to win a prize.  There are actually faces behind these diseases or organizations.

I haven written about this before, but this has a little bit of a different tone to it.   A couple days ago I went to my first Diabetes Club meeting at Western University.   I wasn't sure what to expect after finding out there wasn't that many diabetics in the club.   I guess my first question when I got there was, "So, if there aren't many diabetics what is everyone else's relation to the group?"    his response was that they were just looking to help out with an organization so they decided on diabetes.

That's totally cool, people just wanting to help out with an organization! I understand their drive and want to get involved whether it is heart and stroke or diabetes.   However, there was one moment in that group that really made me think.   In about a group of fifteen or so, I stood up to talk about what some of my ideas were in making a second chapter with type 1s.   The first question in front of the group I asked was who was diabetic and one girl raised her hand.

Now, I have given speeches to people that aren't diabetic before, actually both speeches I have given were in front of non-diabetics or type 2's - so this wasn't anything different. However, I picked up a weird tone from the group and I am not sure if that was purpose or not.  I wondered if they had ever heard a type 1 diabetic talk? Did they know what it was like to live with diabetes or did they just know the facts.

You see, it is so easy to pick up a pledge form or think of a creative idea to raise money, even awareness; however, without having the insight of another diabetic are they truly getting the real experience of it all. I think  hearing stories of diabetics or cancer patients, someone that has suffered a heart attack or a child from a third world country...hearing these stories can truly change the motivation of the group.

We know how many people in the world are living with diabetes. We know the symptoms of diabetes and the complications, but do we know the faces behind it all?