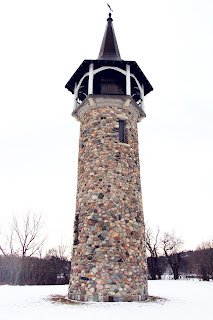 So I've began attempting to eat healthy and it started with a trip to the grocery store to stock up on vegetables, fruits and well that's about it.  All I knew was that I hardly ate vegetables and really the only fruit I had was an apple when I was low and the occasional banana.  I was pretty gung-ho on washing all of the produce and putting it in ziplock bags so that it was readily available for my eating.  It has been working, I have been eating a lot of vegetables and fruit, however I've been fighting lows.

Like everyone else I am trying hard to be active and eat heathy - but like any person with diabetes I am finding it incredibly annoying when I am trying to avoid 'bad' food and then a low strikes and I want to eat everything in sight.  It's so hard to just eat one thing and I applaud anyone that can stick with the rules of treating lows. I think the reasons for the more frequent lows is that I am eating a lot more vegetables in replacement for things that I would have had perviously - so that's a change.  Also, I am drinking a lot more water therefore visiting the bathroom more often which is keeping my blood sugar in check!

To be honest seeing lows is kind of bitter sweet.  In a way I don't want to go low because then I crave junk and have to eat something no matter what, but on the other hand it proves to me that I am keeping my blood sugars down (maybe a little too far down, but down.)  My attempt on eating healthy, drinking more water and walking more - hopefully won't be a dud... hopefully I can soon lower my insulin rates as well to avoid lows as well!