I wish the insulin pump did it all.  You know, it's a big responsibility being an organ, it's not like in high school they taught you what to do if one failed.   Most of us diabetics aren't in the medical field and before being diagnosed with diabetes we likely had no idea what a pancreas was. Now, ten year olds are using vials and syringes, carb counting and finger pricking, something that no one could have ever prepared them for.

My a1c has gone up a bit from my last one (I'll admit it!)  and I am not happy about it, especially because most days I feel like I am trying my hardest and then there are days when I know that I am not.    Anyways, after getting my a1c results then slapping myself in the face again by doing the a1c Now test and seeing the exact same result, I must admit I felt a little defeated.  So badly I want to scream, "I JUST DON'T HAVE TIME FOR DIABETES!" or "I SURRENDER!" but, unfortunately you just can't do that. No one is going to take care of my diabetes but myself. 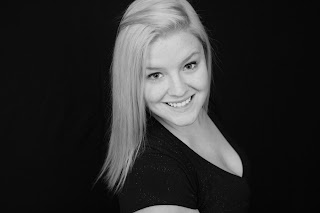 It drives me crazy to have to count carbs.  I wish that we had to avoid something like broccoli or garlic - something strange like that instead of sugar . . .  which is the best thing out there.    I hate that every treat I nibble on, every snack I take I have to consider it that it has carbs therefore take insulin for it.  If only my pump knew what I was up too and could do it on its own, you know like a real pancreas!

I know we are all wishing for a cure and that would be fantastic, to say that I had diabetes. But, until then we have to just hope for better technology and I think that the scientists and researchers have proved to us that they are capable of making life with diabetes a little better, at least a little less obvious and prettier, but the technology has also made it easier for diabetics as well.

I know that all diabetics are tired of this routine, tired of having to measure life and live up to an expectation that only a non-diabetic can uphold. It's a lot of work, it's time consuming, it's frustrating, but the reminder that there are others is what keeps me going, knowing that this fight isn't solo and when I  need the support it's there.  Let's all hope for a cure, and if not a cure, let's hope for something easier for us with technology to make living with diabetes a little better.