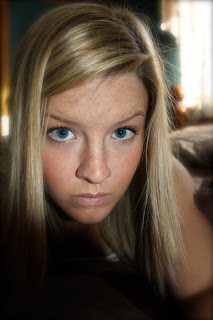 "Sorry you don't know me, but I see you have a pump." - Okay by a raise of hands (not that I can see them or anything) who has said this to some stranger you saw at the bus stop, in a lecture hall, waiting in line at the mall, in the bathroom, at the zoo? I am sure everyone has said it at least once and if it wasn't a pump you saw it was an injection pen or a meter.
We all do it and most likely someone has said it to us. I know that last year I had a girl say, "HEY YOU HAVE AN INSULIN PUMP!" right in the middle of class as I handed in an assignment. But, do we cringe and get embarrassed (well maybe if you are afraid of being called out in class) but most of us get so excited that we have found one of our own that were are already getting into detail of when we were diagnosed and how.
Normally I can be pretty shy when it comes to randomly walking up to a stranger and pointing on something on their body. But, when I see that tubing coming from under their shirt leading directly into their back pocket, I know that I am about to make a new 'diabetic' friend.
Today, as I was waiting to go into the classroom I looked over and there it was, a black medtronic insulin pump hanging off a girls front pocket. I don't even think I thought twice, before I knew it was I patting her on the arm saying, "YOU HAVE A PUMP! ME TOO!" pulling out my pump from my back pocket - as if I wanted to prove it with evidence (because you know all those people that just act like they have diabetes . . . .)
She actually already knew I had a pump since we had to embarrassingly tell the class one interesting thing about us and of course I said I wear an insulin pump (because that's interesting!) well apparently it wasn't rare either in that class. Anyways, we began to talk about when we were diagnosed and when we got our pumps and it was just a good start to my day.
From now on, I guess if I hear a b/g reminder sound or a low battery alert - I can't assume it's me.
Kayla
Posted by Kayla Brown at 3:14 PM