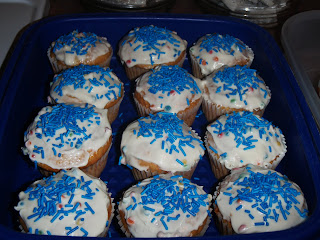 Movie theatres are filled with food and drinks that aren't healthy for anyone. For me, it's hard to see someone drink an extra large cup full of regular pop. Being very involved with counting carbs I instantly tally up the number and can't help but gasp. Not to mention all the other things that people are shoving in their mouths as they watch their movie.

Here is some numbers to maybe make it seem more real, or at least give you an idea what's going on in my head every time food is present (mind you these are approximate to the size you recieve in the theatre):

Now that's a total of 240 grams of carbs, and even though you may be sharing this with a friend this is more than most people digest in one meal. Carbs may mean nothing to those who don't have to count them, but for me, digesting 240 grams of carbs means giving myself 16 units of insulin. If this doesn't make you think just how harmful the food we digest is, think about the calories. Approximatly 899 calories.

I know no one likes to read or hear this, and this is probably why when we are sitting at a table we turn the packages away so we don't end up reading the facts. The thing is, if we knew what we were eating chances are we wouldn't eat it. A bag of gummy bears doesn't look bad, and even if you do read the nutrition guide it's not going to tell you what the facts are for the whole bag, maybe not even for half the bag. These are the kind of things I have to look for.

I'm not going to lie, I'm not angel in nutrition. I enjoy eating some of these foods but I can't neglect insulin. It's so eye opening to know the facts behind the foods we eat so freely without worrying. If anything we are worrying about the calories rather than the extreme amount of carbs in things like regular pop and candy.

These numbers are very real. The damages these foods have to your body are real. I think that as a society people need to look at these labels with care, and realize an almost 1000 calorie, 240 gram snack isn't normal and isn't good for you.

Good ahead enduldge but be careful.

If you want an easy way to see what's in your food go to: www.calorieking.com