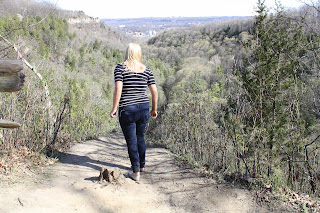 Bullying is an epidemic.  It happens all over the world and I am sure everyone has a personal story about bulling whether they once were a bully or they have been bullied before.   Even myself have seen both sides of the story.  I have been bullied for weight, and for other reasons that were unknown to me and still I have no idea what probed the bullies to bully me. Sadly, it seems like everyone brushes against bullying which makes it easy for teachers to simply shrug it off and account it as a part of growing up.

Looking back those that have bullied me have not gone too far, proving to me that being a bully doesn't make you any better.  However, I also know that just because you were a bully in grade 7 doesn't make you a bully in as a thirty year old.   People do change, but the important thing is to stop this from happening in the first place.  I am not coming up with something revolutionary because honestly, I do not know what can be done to stop bullying, but I would love to hear from others that have stood up and done something that prevented a situation from happening.  Those are our heros.

I never had diabetes in school until I moved away to college and although bulling happens at all stages of life (trust me it never ends!)  I was never picked on about my diabetes.   You can't see diabetes. I don't look 'diabetic' but when I pull out  syringe, a meter, an insulin pump or a prick of blood bubbles on my finger, that is when I appear diabetic to the world.   I do get the odd look or two, but no one calls me names for having to take insulin or carb count.

Yesterday I spent the morning at the Lamplighter Inn talking to teens about diabetes. I wish there was more time because I was so interested in how they dealt with diabetes and what has happened to them.  Out of the 45 minutes spent, one thing stuck out to me as a boy shared that he had been bullied at school for his diabetes.  I instantly wanted to hug him, but knowing what thirteen or so year old boys are like, randomly hugging him would have probably resulted in a "EW!"     So, instead I just listened, trying not to show a facial pout or shed a tear.

He said that people that do not know about his diabetes pick on him.   I instantly wondered what they said about his diabetes.  Why would kids make fun of someone for taking a needle? Why does it matter? But then I remembered to a time when I was bullied with no reason, not because I was being called fat, not because  was being called ugly, just no reason at all. I instantly wanted to think, oh kids are cruel, but remembered that bulling happens at all ages.

This young boy shared that his friends often stick up for him.  I didn't ask how, I am hoping not violently, but you never know. Either way, he said that his friends who know about his diabetes were able to stick up for him and that is when he stressed the importance of letting your friends know about your diabetes that way they feel comfortable about it and understand it.

Later on when I was telling a nurse about what I had heard, she shared with me that many children are bullied because they have diabetes and that one boy had said that he was constantly called a 'diabetes freak' all the time at school. So really? being bullied about the typical things such as being too smart, overweight, too thin or not well off is being mixed with bullying about having a disease?  I can hardly believe it.

So what can we do? How can we educate?  Diabetes isn't a joke (of course we can be light about it, not always dwelling on the negatives etc.) But what can be done so that no child has to feel like diabetes is a reason to not attend school or not open up to their peers? Why is this happening?