Diabetic at a Party 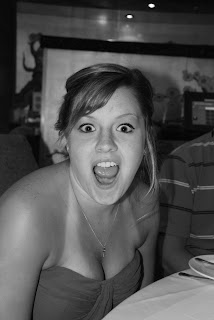 Think back to the last time you went to a party or BBQ of some sort. Maybe it was today, Canada day. You know that at a party there are trays of food, the best nacho dips, spinach dips and bowls of every kind of chip you can imagine. Now imagine not tasting those things, having to pass up a seven layer nacho dip or chocolate covered strawberries. Well it may seem easier to pass something up that no one else is munching on but really what are the chances that the people around you are not going to enjoy the food being passed around.

I think that I sometimes forget that I am a diabetic. I don't realize how hard it really is when a candy tray is sitting in front of you and your friends around you can eat them without a worry in the world and you're having to tell yourself, there is too much sugar in that! Today I found myself munching on veggies until supper came around. Usually at home it's easy not to snack between lunch and supper but then again I am not around trays of food.

I won't lie, it's not easy to want to just grab a piece of candy and say what the heck! But I know that my sugars are still bouncing around and that I just have to give it time before my body can adjust. I've over come so much in the past three months that turning away from carbs isn't that bad. I just have these quick thoughts that make me wish that I was back to the way I was three months ago.

Until March 13th rolls around again I will not have experienced everything. I still have a birthday, Christmas, Halloween, Thanksgiving and many other events that I need to experience and learn how to cope with being a diabetic. After the first year, I am sure it will be easier. I will know what to do, and what to expect. But I can imagine there still will be days that I have no idea what to do.

I need to build an understanding that I won't be like my friends again, and that I can't just sit there eating a whole bag of chips on my own or grab a couple gummy worms every now and then. I need to build the strength to take care of my body and health in order to maintain a good lifestyle. It seems so silly to think I have to build up a resistance but it's harder than it looks. I find myself getting jealous of someone who is able to just snack or grab a juice box, or drink a pop. I'll be fine though, I know that I am strong and that before I know it I will feel like nothing has changed.