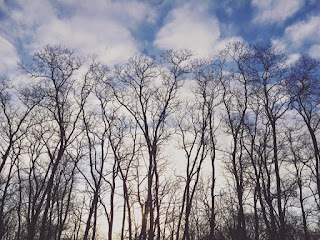 Those that are newly diagnosed often ask "Does it get easier?" and that is a tough question to answer. When I was first diagnosed I was thrown into a world that I knew nothing about.  I went from eating carelessly to counting carbohydrates, something I had never even looked for or cared about.  Now I can't imagine not caring about carbohydrates.   I remember going into the pharmacy after discharge and ordering a whole slew of prescriptions. The pharmacist tested me as he handed me my new things, asking me what each one was.

Upon returning home, I began measuring out my food. I remember counting out 44 frozen french fries and putting them out on the tray and filling my glass up 'until it hit the red mark' so that I knew how much milk I was drinking. It was pretty tedious, and time consuming and while that does make for great carbohydrate counting, for me those nit-picky-first-diagnosed habits gradually changed into more time saving ones.

So yes, managing diabetes in some ways becomes easier. I say that in the most lightest way because there are moments [sometimes days, months ... ] that diabetes is not easier than it was when I was diagnosed. There are times when I will readily admit I have no idea what I am doing and throw in the towel or meter in this case.  But, like anything, over time diabetes becomes apart of us whether we invite in welcomely or not. There are things in the beginning of diagnosis that will seem like a big deal, then months down the line seem like nothing.

I will stand by the fact that talking to others with diabetes is a great way to make diabetes a bit easier. There is something about chatting with a group of people that know exactly how you feel.  It's the little things that make it seem easier or at least give you some quick inspiration to keep pushing forward.