The last time I got blood work done, as always, the nurse asked if I am O.K with needles. Often their tone of voice makes it seems as though, what they really want to say is, 'You're O.K with needles because you're diabetic right?' but for me this isn't the case. I may be diabetic, but I do not like getting blood drawn from me and never have. 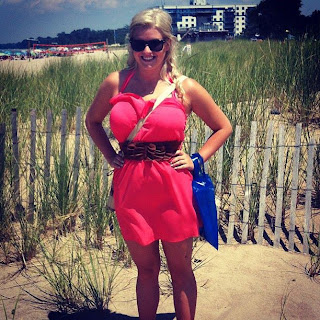 The misconception is, that diabetics wouldn't mind getting blood work because we get it done frequently and because we give ourselves needles every single day, or every three days. However, giving a needle to ourselves is far different from someone tying off your arm, jabbing a needle in the bend of your arm and drawing vials upon vials of blood. Totally different.

So, my procedure after telling them that I dislike getting blood drawn, is to simply look away.  I do not fear the actual needle, it hardly hurts, but to see that blood fill up that vial will for sure result in some light headedness or at least a gag. The nurses always seem to laugh at me, in fact one nurse told me, 'You diabetics are the worst!' I took it as a joke, seeming as we are believed to be the masters of needles when in reality at times we can be just as scared as anyone else.

This last time I went though, after I told the nurse I didn't like needles, she responded differently, "Well you're brave because I hate the thought of giving myself a needle, I would make someone else do it!" Mind you, she said this as she jabbed my arm, and I made no eye contact with her.  I responded with,
"Well, I couldn't imagine doing your job.  Giving needles, drawing blood..." I didn't even get into the part about collecting stool and urine.  She kept telling me how brave I was and that I was braver than her, but I kept thinking about what she does for an occupation.

It's funny how we each see each other in different lights. How something I do is seen as brave from a person who gives needles to people multiple times daily, and how she sees her job as being so ordinary.