Someone posted a video on a Diabetes Facebook group of a young girl, only three, checking her blood sugar. I decided to play it, not knowing what my reaction would be from it. See, I check my blood sugar upwards of eight times a day, so you would think seeing others check their blood sugar would be like second nature. But, for some reason, watching a young child check his or her blood sugar is a much difference experience for me. 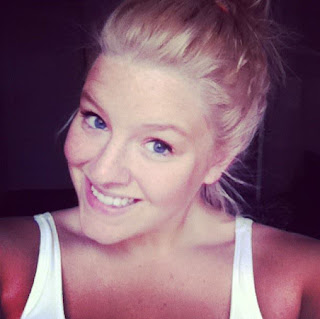 I played the video, and couldn't help but notice how adorable the little girl was as she sat on her floor with her kit beside her.  She was very particular as she would do each step carefully and tidy up after each step.  I did notice that she is much more thorough with her blood sugar checking procedure, she actually changed her lancet, and she used an alcohol swab to clean her finger, something a lot of us diabetics leave out as we get lazy perhaps, with technique.

She was adorable as she gave a play by play at what she was doing as her mom taped her.  She hardly needed any help, the only thing was to get the top of the lancet device off, and a few times her mom tells her not to worry about tidying up.   At the end she says her name, and then tells us all what she just did with a smile on her face.

I was diagnosed at age eighteen, so when I began to check my blood sugar on my own after leaving the hospital, the process was fairly simple but tedious.  To watch a young girl do the exact same steps as I do every single day, without crying, without screaming, without giving up, gives me the strength to keep smiling after blood sugar checks and keep moving.  After all, she is only three and I am sure she would much rather be playing with dolls or watching her favourite show, but instead she takes the time to take care of herself, something most three year olds could not even grasp.