Most lows are unpredictable, an accident big bolus or a long tiring work-out are a couple examples of lows that you can predict coming and prepare for; however, most lows are completely out of the blue and without much warning before you're shaking and squeezing a juice box down your throat.  But, what happens when you're not in the comforts of your own apartment and your blood sugar decides to dip? 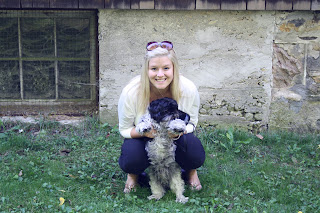 I have been in all kinds of situations with low blood sugar, stores, friend's houses and buses.  Being without your own low supplies on you always makes you think, 'wow, I'm so unprepared...' but at that moment it is too late to feel guilty about being an unprepared diabetic.  When you're in these situations you are a. not thinking correctly and b. possibly feeling a tad bit awkward having to deal with your issue.

So what's the etiquette of going low?  We cannot control the shakes, the sweating or the one thousand and one foods we want to eat in the next fifteen minutes, but the people around us don't know that.  The best thing to do is to let someone know, even if it is the cashier.  Of course, I wouldn't suggest running up to the bus driver and letting him know, but if you're going to be riding for a bit, I would possibly look around to see if anyone would offer a granola bar.   In my case when I went low on the bus I was on campus, so I got off and went to the cafeteria to get something to satisfy my low. Once again, even better option is to just be prepared - but we're all human!

When you're at a friend's house it can be a lot easier to let them know and get a snack. But, even though we know as diabetics that we need the snack, sometimes it can be hard to ask for one and not feel bad about cleaning out their cupboards.    When I would go low at night in the apartment, I would sometimes set my eyes on food that wasn't mine - of course, I would only take Michelle's snacks because I knew she wouldn't care - but I would be sure to leave a nice sticky note or facebook message to let her know that her pudding cup asked if it could help me out and I kindly said, of course!

It's O.K to ask for help or ask for food.  I am really bad for going low in stores, picking something and then waiting in line for 10 minutes to pay for it, when in reality cashiers are usually fine with you bringing them the wrapper after you consume it - and explain why you needed to eat it.    But, yes, people can be very accommodating and speaking as a diabetic I know how being low can leave you feeling a little lost in the world around you.