So, I am feeling completely insulin challenged.  I have spent the past 24+ hours with blood sugars above and beyond or in the words of Buzz Lightyear, 'to infinity and beyond...' and with those high, outrageous blood sugars I have consumed more water than a fish and in return got my exercise by walking back and forth to the bathroom.  At this point, all I want to see is a shining 6.8 looking back at me.... that's all I ask. 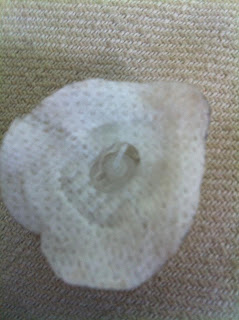 For the most part, I expect to have some highs every now and then whether that is throughout the day or just once a day. But, having consistently high blood sugars - and yes I realize it is dangerous as well...is most annoying.  I feel like I am giving myself insulin only to see an even higher number.  I realized I was running into something when we went out of my grandparents 50th Anniversary party. I sat there at the restaurant just drink water, even stealing other people's untouched glasses because the waitress wasn't filling them up fast enough. In a matter of 1.5 hours I had polished off about 6-7 glasses of water and visited the restroom 3 times not to mention on the drive home I was wiggling in my seat waiting to get out of the care to use the bathroom.

My grandma (a type 2 diabetic) was shocked when she saw that my meter said it was unable to read blood sugar because it was too high.   To me, it was alarming, but not as alarming as my family had made it out to me, as they gasped in shock saying things like, "KAYLA!" and "WOW!"    At this point I was glad I just ordered a small caesar salad.  Of course, however, the waitress got wind of what was happening and my Aunt announced that I had high blood sugar.  To her, that probably meant not much, while others gasped, I just pulled out my pump and max bolused - hoping that with all the water, peeing and insulin I would be back to normal in no time.

This wasn't the case, after all that I was still in the twenties.  I had to go back to London because I had to work in the morning.  I couldn't believe that will all the peeing, I was still running so high.  I could have sworn I must have pee'ed out every bit of sugar in my system - or at least it felt that way.   I didn't think much about it before going to bed. I was tired, I was tired of drinking water, I was tired of peeing, I was tired of reading stupid readings on my meter, I just wanted to go to bed.   I slept well, only getting up twice to use the washroom - which seems normal to me.    But, in the morning when my blood sugar was a whopping 19, I knew that I was dealing with something, a virus? a malfunctioning pump? a bad meter?

I made sure to bring water with me to work, today I only worked a half day, so I wasn't too concerned about these mystery readings.  I checked about 2 hours after eating and I was still high.  I drank more water, visited the bathroom.  Thought to myself, BANTING, your invention is just not working today! Once I finished work I ran some errands, but could feel all the symptoms creeping up on me. I just wanted to go home and go to bed or something of that nature.

By the time I got home I was ready to throw the insulin pump out the window along with my meter and anything diabetes related. I was at the point where I felt like insulin was not working and in the back of my mind I was thinking of drastic things like, what if my body is now rejecting this insulin? what if I am allergic to insulin?  Weird high thoughts I guess.  I then just ripped out my site.  Of course it was bent - twisted like twist tie.    Great, I thought.

The next step was to put in a new site.  Something no one likes doing a day early, but no one likes being consistently high either, so sometimes you have to pick your battles.   I put the new site in my stomach, because I knew that was the best spot if I am looking for good absorption. I also can be 100% sure on where I am putting it, because I can see it so easily on my stomach.  It hurt, it really hurt and I used my choice words (as per usual during site changes) and I walked around the apartment, well I marched around the apartment until the stinging subsided.

I got the pump all set up again and gave myself 14 units of insulin.   Hopefully, this was going straight into the body. I was so, so, so annoyed.   I watched t.v for a little bit, realizing I hadn't even had lunch and it was nearly 3 p.m.  I for some reason was craving a egg salad sandwich and well, eggs don't have much carbohydrates, so I pursued my craving.   I was still running high and that is when I decided I was just going to sleep.   I realize this may not be the safest thing to do, but for all that have had high blood sugars, sometimes it seems impossible to just keep your eyes open.

After a quick nap I was feeling like I could be sick. However, after waking up I saw my lowest number  which was still a high number, but the lowest of what I had been seeing for the past while.   That made me feel like something was happening, it was just happening super slow, but then again I might have just felt as worse if I had just plummeted to a low.   So hopefully, fingers crossed before bed I will be looking at a nice number, feeling like this high life is over for now because I am so over it.