Sometimes I have those moments, when I am lying in bed, tossing my insulin pump from one side of mu body to another, realizing - only three years ago I didn't have to worry about sleeping with an insulin pump on, in fact I didn't even know what an insulin pump was then nor anything about type 1 diabetes. 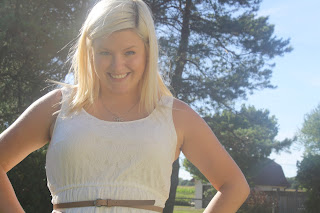 It seems most times I don't think much about living with diabetes.  The positives that have come from it make me forget all of the annoying parts that also come along with it.  I do have those odd moments; however, where I look at my insulin pump and think...I can't believe I just wear this without thinking twice.  Of course, there isn't much choice, in some way or another I need to take insulin whether that is through injections on the pump - but really, the pump just becomes an external organ for me, in which I hardly notice it is there.

To me, it's amazing how well my friends and family have adapted to my diagnosis. They seem to just 'get' it without thinking twice. Vince once asked what we did when a group of type 1's got together, and my response was something like, we sit around, talk, you know, tell diabetes jokes.. at that time he just laughed at me. I guess it does sound silly, but the sarcasm that comes from a group of type 1's often involves something about an beeping insulin pump or about someone being too sweet. Now, almost a year later, Vince throws out the odd joke or two, and when I reminded him of how silly he thought I was before - he tells me, "Well now I get it!"

That's where it comes from I guess... accepting diabetes takes two stages, accepting it yourself and having others around you accept it.  No one can tell someone is diabetic just looking at them; however, it is always important that the people around you know since diabetes works quick - as in lows and highs can come fast and the symptoms of both of those are intense at times.

I think it's a good thing - not always thinking about the fact you have diabetes, not thinking about what your friends and family think about your insulin pump or daily injections.  When you can just let diabetes be apart of your life and not have to 'worry' about being different - that's when you know you're on the right track.
Posted by Kayla Brown at 10:02 PM