I really love the idea of giving back.  I mean, I often think about it when waiting in line at the grocery store, wouldn't it be awesome to just buy the groceries for this man in front of me? But, while the thought is wonderful, the reality is that I can hardly afford my own groceries let alone the man's groceries in front of me. However, I have tried to make a little difference in giving back by doing small things, one being buying a bun and some apples for a man outside the grocery store asking for change. It cost me simply $2.00 to make the man smile, and I ultimately felt like I gained positive energy from doing it. 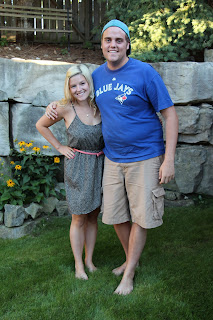 I'm not going to lie I have been feeling rather stressed lately. I have had a lot of financial loses, i.e tuition in the last month and while I wait for funding from my Kilimanjaro trip to come in as well as student loans, I am trying to remain calm.  I am also not sleeping well because of the stress of money, my climb and the sense of losing control of diabetes due to being busy.  I have mixed feelings because I know that despite the time, effort and money I am putting into these opportunities I am so blessed to be even given them.  How many people can say that they're climbing Mount Kilimanjaro, spending three days with t1's in Maine, going to L.A for a diabetes conference as well as Australia all within 3 months...

Tonight, as I was stressing out, trying to think of ways to keep my mind positive and possibly start sleeping a little bit better I decided that I wanted to do more to show the world how thankful I am.  I have met a lot of amazing people along the way, I have met people that changed my views, inspired me, taught me a lesson or two.  I want to let those people know that I truly am inspired by them, thankful for them and appreciate them for who they are.  I want to pick a couple people to begin this project with.  Grab their address and write them up a letter.

I hope others take on this project for their own. Think of people that you don't always talk too, but truly are on your mind, or you know have made an impact on you.  They may not know you feel that way, that you appreciate them and it could make their day, month or year.  Hopefully from there, they also take on the project.

It's a cheap but simple way to give back.