The odd time I forget my insulin pump. Usually it is tucked in the pocket of my house coat or left on my bed in a pile of clothes that I tossed around while trying to find something to wear.  But, usually if I do forget it at home, I have only ran to Wal-Mart or to class and will be back within the hour. However, today when I left London and unknowingly my insulin pump - before I noticed I was in Brantford, 1.5 hours away from my pump. 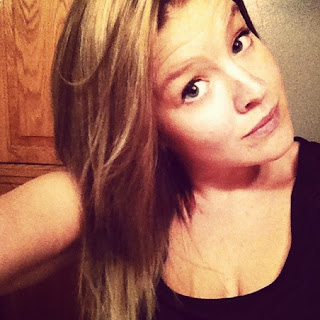 I had stopped into the bank to grab some cash and when I came out I felt that my site was stuck on my pants.  It was uncomfortable so when I got into my car I made myself a little more comfortable and unhooked my pants from my site (kind of a weird explanation but I don't know of another way to put it.)  After realizing there was no tubing attached to the site my first thought was that it unhooked from my site.  I felt around my body to see where my pump was. Usually I tuck it in the side of my bra or in the front, but also in my front pockets (I didn't have pockets, so I knew it had to be in my bra somewhere.)  But, nope. It was not anywhere to be found.

I didn't really freak out, but I begged that my blood sugar was good so that I didn't have to go to my parents house and get insulin before my hair appointment.  I checked and I was 4.8 - which was weird because my two previous blood sugar checks at home (while I had a pump on) was 4.8. I instantly thought that this couldn't be possible, so I checked again. It was 4.9. I knew it must be true. I was cured. Or at least for a couple hours.

I headed to my appointment. It was at 3:30 by this time I had been without a pump for 1.5 hours. I checked again just before my hairdresser took me to his station.  It was 4.9.  So strange. It was being stable for me, which was awesome. I felt O.K without insulin, but was hoping that it wasn't going to sky rocket mid hair appointment.  I knew my mom would drive over insulin and a syringe if I needed it. I checked about half way through the appointment and it was 4.9, honestly, I thought something was up. I happened to have a second meter in my bag (because I use it as a USB stick) and it read as 5.0.  So, once again. Cured.

When I got to my parents house after my hair appointment now about 5 and a half hours without insulin. I had some dinner, perogies and sausage and decided I would check after eating and take insulin after that. I wasn't really sure if I should have taken insulin before hand, but since it was such an odd day with super low numbers I wanted to make sure I was bolusing or syringing for the right amount. Plus, I had to drive back to London because I have an early class Wednesday mornings.

After eating and waiting about 15 minutes, my blood sugar was 8.2.  I filled up my syringe and gave myself the amount of units I felt comfortable taking.  It was such an odd day, but honestly I felt really free in having no insulin pump.  I love my insulin pump, but I must admit that sometimes it can be irritating.  The tubing, the vibrating, the finding-a-place-to-put-it.   It makes me wonder if I deserve a bit of a pump break.

I think I need a few days to think about it. But, not having an insulin pump all day was convincing.