Unfortunately my blog hasn't been at the fore front of my mind as I have been living the student life, while living with travel life. I just got back from California last night, which meant today I spent half of my day in a classroom writing an exam and half of it, trying to get my luggage to me, because of course it was left in Chicago.  I say, of course because anyone who was following my adventure on my solo-vacation knows that I had a bit of a rough time with planes, shuttles, trains, luggage and yeah, just trouble.

However, I spent a good chunk of time alone, thinking, learning about myself and being scared and then getting over it.  I journaled a bit, so hopefully I can take some time to reflect on that, and go from there. 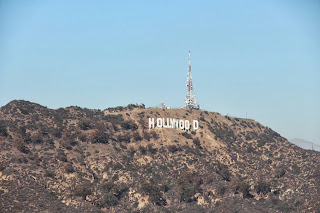 I want to speak a bit about traveling alone with diabetes, I think that it could be paragraphs, chapters, books about how to deal with diabetes when alone in general, but it is an interesting thing.  First of all, I am used to being alone, I have lived alone before, so the fear of going low alone isn't really a fear of mine like some diabetics or parents of diabetics.  But, while I don't fear it, it does happen and it can happen before you know it.

That is the issue, you can be sitting in bed watching t.v and just like that you're sweating, you're annoyed, you're shaking, you're hungry, you're feeling sick... the list goes on.  Sometimes grabbing food isn't an issue, you can get out of bed grab something, and even if it takes you a few minutes to decide on doughnuts or peanut butter covered cookies, you've got it under control. But there are times when walking feels like you're on stilts, like the world is slowly crumbling under your feet and your body is twisting, turning and trembling.

One of the nights at my hotel I went to bed with a pretty normal blood sugar.  But, before I knew it was waking up from a dead sleep, sweating as if I had fallen asleep in a sauna.  I knew I was low. But, my snacks were across the room (which isn't that far, it is a hotel room) but it felt like a task and a half to get out of bed and get food. I grabbed all of my snacks and brought them to bed and ate about half of them, or at least it felt that way.  I felt so disoriented, I felt so sick. Sure enough upon checking I was 2.4.

It was such a horrible feeling and as much as I was trying not to fear of what could happen,  it was hard not to imagine what would have happened if I didn't catch  it. I was in a hotel alone in California. Who would have checked on me? I had a dead bolt on the door. Who would have known?

Now, the one thing that brings me back to optimistic land, is that there is a risk for health issues for ANYONE and being alone in a hotel room, apartment, house etc. isn't uncommon.  One could simply slip in the bathtub and have no one home to help, or have heart issues, with no one around. It happens, and it isn't a 'diabetic issue' just like diabetics shouldn't eat too many carbs, neither should everyone else.

However, it is important to think about these things if you are travelling alone with diabetes, have snacks closer, possibly think about running higher at night than normal if you can do that safely without feeling horrible.   But as much as we want to be Patty the Prepared Diabetic, sometimes we are just like everybody else and don't have a plan b for taking care of ourselves.