How We Can Change The World

Okay, the world is a big place and as small as the internet can make it - there are still people you aren't going to personally be able to reach, however in saying that, each person we touch will likely take that feeling and pass it on.  It's a cycle that only needs two people to start. 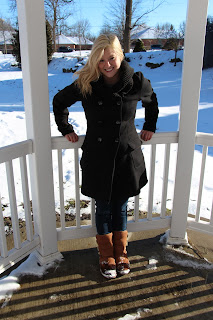 My positivity occurred after my diagnosis. Of course I had those moments of 'why me?' sitting there wondering why people who did me wrong weren't the ones being diagnosed.  I still have those days don't get me wrong, but they are few and far between.  Instead, I try to see every part of my life as something that has happened for a reason.  Ah, super cliche. However, if I believe that then I will not be disappointed when something happens that appears to not be in my favour.

When you are feeling good about yourself, and about your situations in life you tend to give off that glow which can tremendously effect others. For instance, I know someone who lives with Cerebral Palsy, and there is no doubt in my mind that she goes through daily challenges while also balancing University and her social life - however, every time I see her around campus she has this glow about her. A positive, happiness beams off of her and in turn makes me want to smile.

It doesn't matter if you cannot directly relate to someone - what matters is that you take your positivity and pass it on to others no matter what they're going through.  It's amazing to think how leaving nice comments or smiling at a friend can do for a person's self esteem and day.  We have so much power to change the way people think and feel and work towards a happier community.