In a way I feel like diabetes has become my middle name.  The word has become so often used in my own vocabulary that the word has gained much more meaning that I could have ever imagined that it would.  In the Oxford dictionary you will find this; 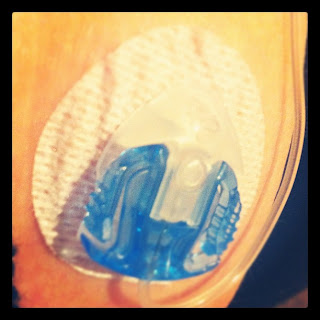 But as we all know, diabetes is much more than that.  For me diabetes has taken on many different definitions and attributions.  Even though I know it is a disease, to me it has become a part of my lifestyle, a part of who I am and a word that in some ways defines who I am.    When I was told I had diabetes I didn't think this would be the case, in fact I thought that diabetes would always just be something that I only thought about to myself - I didn't realize how much of a community disease it was.

Diabetes means something different to everyone -  I get that. But, when it comes down to it we know that diabetes is much more than a disorder that causes you to be thirsty and produce large amounts of urine...