It's Not Fair Because...

Often times as diabetics we feel overwhelmed in what we have to take on.  We feel overwhelmed because every second of the day is measured for us, we are counting carbs, taking insulin, or just plain riding out the symptoms of highs and lows.  As much as we pull through each day with confidence in handling the next, we all know that it isn't fair that we were the ones diagnosed. 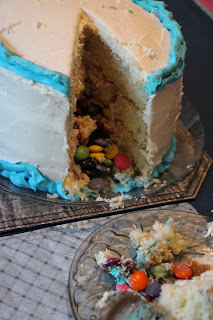 It's not fair because we didn't do anything to deserve diabetes. Countless times I have reflected on the past years of my life wondering what I could have possibly done to deserve such a difficult disease. I think of all the people who did me wrong, the people who committed crimes, bullied, or just were mean people who aren't living with a chronic disease.  I think about the toddlers, young children and young adults that are diagnosed with type one diabetes that have never said or did a bad thing in their lives. It's not fair because we as diabetics feel as though we did not do anything to deserve this.

It's not fair because everything has carbs, okay a few things don't but seriously.  Why can't we have to take insulin for something like 'only things that are green' or 'things starting with the letter E' why does it have to be the sweetest thing of all - sugar.  Half the time people don't even realize what has carbs, for example diabetics have to take insulin for milk and even sometimes vegetables.

So even though diabetes isn't a fair disease and it isn't fair that we were given diabetes, it's time to accept it knowing that it was given to you for a reason, not for something you did wrong, but for reasons we will find out along the way.