I don't know you with diabetes....

So, it's the month of May which means tons of students are leaving London, but a bunch are stopping by to drop off their stuff. However, I am an exception staying in London for a couple reasons, including the fact that either way I have to pay rent here no matter where I reside for the summer.  This summer I have a friend from elementary school living with me for the month of May while she sublets from my roommate.  The crazy thing is that we literarily have not hung out since grade six or seven so her first night here we stayed up late just trying to catch up on each others lives. 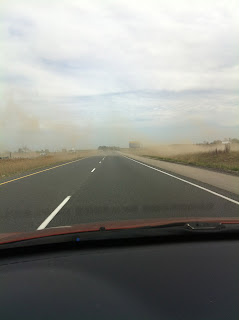 The most interesting thing was when she said to me, "So tell me about that..(pointing to my pump...) I don't know you with diabetes..." which really made me think back to the time I didn't have diabetes which was only four years ago.  It's really hard to imagine my life without diabetes - on numerous occasions I say that it feels like I have had diabetes forever, but I haven't people who have been distant from my life truly remember me as a non-diabetic.

I gave her the run down about my diabetes, nothing in too much detail because I figured spending a month with a diabetic is a good way to learn about diabetes besides giving a lecture. She asked if next time I put a site in if she could watch - she didn't know if that was a weird thing to say, but I reassured me that she wasn't the first person to ask!

We chatted about all kinds of different things, memories that one of us thought of vividly while the other hum and hawed over the details.  It was hilarious to think of some of the things we did together and I must note that in primary school we were like sisters.  It's funny how life works, bringing certain people in and out of lives at specific times.