Is it possible to be too passionate about something? Can giving something the majority of your time be a waste of time?  I guess that would be a personal question, considering many of us have these types of passions, and would not hesitate to say it is okay to have passion for one thing, but blame others for being over passionate for another.

I would say that I am passionate about working with the diabetes community.  Too passionate perhaps?  Someone once commented that I have a lot of little things started in the diabetes community.  My first thought was, well is that a good thing or bad thing? I wasn't sure if this person was giving me a compliment or suggesting I go to d-rehab. I began to think about what I was doing in the community and started re-thinking a few things. 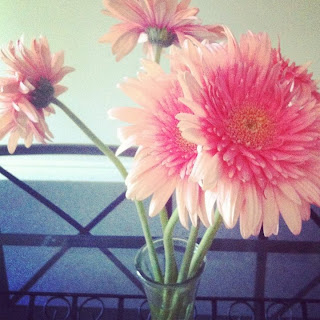 Was I doing too much? Is that possible? Was I being annoying on the online community? Was I 'taking over' the diabetes community?  I was starting to second guess my place, but realized my place wasn't there before I was diagnosed. No one was in my role - yes there are plenty of diabetics out there, plenty of diabetic bloggers and an enormous amount of diabetics and parents of diabetics doing amazing things, but before I was diabetic there wasn't anyone doing what I am specifically am doing.  I created my place in the community much like the ideas of Diabetic Barbie came about or Connected in Motion.

You see, it just takes a wild jump into the unknown, a dream that you think is impossible, but you try anyways.  When I was diagnosed in March of 2009 I sat in the hospital bed writing letters to the people I cared about instead of looking at the medical information papers left on my side paper. I didn't care about the medical side of diabetes (although of course it is apart of my life and an important part at that...) but I cared about the support.

Sure, as diabetics we have to take medication, wear pumps or carry syringes.  We have to know the difference between basal and bolus. But, most of all we have to know we have someone to count on.  I realize that long before I was diagnosed diabetics have always had support in some way or another whether it was through their parents, a great school teacher, or a loving husband.  But, when I was diagnosed I became instantly curious along with attracted to the idea of bringing type 1 diabetics together from all around the world and just proving that working side by side is a lot easier than battling alone.

I have met some amazing people along the way that have taught me so much about life and have shown  me what is possible.  I believe that just like insulin - support can save a life.  I have heard horror stories and couldn't imagine myself in their shoes despite living with the same disease - and I like to think that it is hard for me to imagine myself in their shoes because I have so much love and support in my life.

Every time we reach out to someone - even just one person - we can really make a difference.  Now that the Type 1 Meme Page has reached 5000 likes, I know that both Meredith and I have made at least 5000 people smile - imagine that feeling - knowing you've made at least 5000 people smile over something that once was fatal.   You can see smiles being made all over the diabetes community, back to diabetic barbie, Amy who is making pumps for build-a-bears and barbie dolls.

If I'm too passionate so be it.  I believe I was given type 1 diabetes for a reason and not the scientific reasons - but because I was made to make a place for myself in the community.  I was made to make people living with diabetes of all ages and their supports smile, to provide inspiration for diabetics heading to college or going on their first date.  I was made to be the shoulder that many can lean on.